The novel tells the story of two fine individuals, Lily and Michael coming from completely different back grounds. Lily was born into the privileged class where Michael came from a very moderate ho...

This book describes the interactions and lives of a family living in the latter part of the twentieth century and early beginnings of the twenty-first century America. The setting is within the eas...

Captain John A. Moktadier graduated and received his Bachelor's Degree from Embry-Riddle Aeronautical University in Daytona Beach, Florida. He has been flying for the past 35 years and currentl...

60 Years Return to the Battle of Bulge

Frank Maresca is a college graduate who was honorably discharged after spending 3 years in service during World War II. After 40 years of service, he decided to retire and joined a veteran's chapter. He was awarded the Legion of Honor by France which is the highest honor bestowed by the French Government with the title "Chevalier." Besides his military background, his career involves spending time writing analytical reports. He had also spoke to high school students about World War II, the "Greatest Generation," and freedom. He has been married then widowed.

Christian Leadership: By Choice and By Appointment

This is a documentary on leadership from the Bible and how the Patriarchs depended on God for direction and guidance. It is an example for both Christian and secular leaders.
The material in this book is brought to you from a personal viewpoint; hopefully it will inspire those of you who read it to step out into the ranks of Leadership with renewed hope and ambitions.
There is nothing, as satisfying as being a servant and helper to all who recognize the position of Leadership and finding real pleasure in supplying the wants and needs of their leader.
Without healthy competition the leader and the organization will fail. This is what makes our free enterprise system work. We should know who we are and be the best we can and do the best we can at what we do. But we should not be so prideful that others don't count. The leader should be able to appoint leaders from the group he leads.
In Leadership one of the best ways to practice Christ likeness is to start each day with this question. Who can I serve today? Remember Jesus in His leadership of the twelve Apostles, He showed humility. And that made Him a good leader.
Remember a leader should always be respected to get the job done. One important thing we must remember we should not get to the point where we feel we are indispensable. Our most important commodity is time.

Rocks, Logs and Concrete Blocks presented in fractionally fictionalized form traces four generations of the author’s family beginning with the latter 19th century. Requisite changes of some names and geographic locations have been made in the interest of protecting identity, innocence and/or guilt of persons living and/or deceased. Certain more painful events are purposely omitted; however, all events herein described occurred in the life of the author, a/k/a Ariel as they are set forth; not masked in political correctness or politeness.

Ellis Island, Gateway to America, was that door to opportunity for all four of Ariel’s Grandparents. They left familiar Swedish homes and communities, families and native language to carve out new lives in the new land; traveled to Minnesota, found employment and met spouses.

Under somewhat unusual circumstances in Minneapolis the sole surviving son of one and a daughter of the other met, whereupon Ariel’s tale began.

That Ariel’s birth parents both suffered mental illnesses was irrefutable:

One diagnosed, committed, released, controlled, the other devoid of professional evaluation, albeit behaviorally evidenced.

From earliest memory, guarded secrets, hidden whispers, ghost-wisps of reference, vague hints, silent questions perplexed the isolated, solitary child. She was to remain in the background, not seek attention, speak quietly and most of all, infrequently. Rationale for the insulation from peers was never clarified; just the norm.

Was there some deep unrevealable mystery lurking somewhere? Or, were adults in her life just different?

Did answers to family secrets, some perhaps generations old, exist?

Would she ever achieve any degree of emotional strength or confidence, financial security, personal freedom, or … find love? What was love anyway? Ariel was ignorant of that emotion in every possible manner.

What if fear and dread come to be clearly identified, and choice is reduced to flee or die?

Flight could allow survival, or not.

Trust is required. Can trust be placed in any human? In God maybe?

What happens when love discovered, is taken?

Can joy be found again?

Who Took the Bit Out of the Horse's Mouth

Bishop Newman believes that commitment, dedication and devotion turns vision into reality, that every leader should have a vision, and that every house of God must have order. This book focuses on the need for self-control, Christian maturity and spiritual growth within the body of Christ. More importantly, it accurately reflects the need for effective leadership training and the exposure of the perils and pitfalls that exist without it. Therefore, by God’s Grace, we have teamed up to encourage believers to embrace the preparation and validation process that is a must for effective leadership and “follow-ship” in the church today.

When Love Gets Better

The story of an orphaned African American boy who grew up and suffered the ups and downs of discrimination in this country. After working hard he went to the top in Tennis in the world. He was helped by an injured player, his Aunt and Uncle along with other followers in the world.

Deceived: The Truth About Christianity

The Truth about Christianity explores the irreconcilable differences between the Christian faith and those who challenge the Bible as a book of myths and fairy tales. Most people believe modern science has rendered belief in Scripture as ingeniousness. Christians vehemntly fight that label. Pragmatically though, the truth can be determined using reason, logic, and indisputable science. Deceived uses these paradigms to guide to the inevitable conclusion about which worldview can be supported by the facts and not a person's own personal preconceptions, something everyone has, whether they wish to admit it or not.

Rain drops, mixed with tears slid down his branches. He was the last tree on the lot. It was almost Christmas and he had no home. Children laughed and giggled, but no one looked at him. He tried to wiggle his branches. Will this Christmas tree ever find a home? Or will he be alone on Christmas Eve?

The Prayer of Jabez

The "Prayer of Jabez" is one of the most profound and exciting books to be published.

This book gives a spiritual insight regarding Jabez's fervent prayer and beyond. Insightfully, the amazing prayer points illustrated in this book gives clear revelation and depth about the travailing prayer of Jabez.

This motivational book will encourage Christians to take their praying capabilities to the next level. However, this remarkable "Prayer of Jabez" has been classified as a must-read book.

Art
Book of Jupiter: Gone to Uranus is a work of imagination and fantasy by Leo Valenzuela. Explore a variety of unique creatures with interesting dialogue which included a few step tutorials on how to draw his style of work.
$18.99 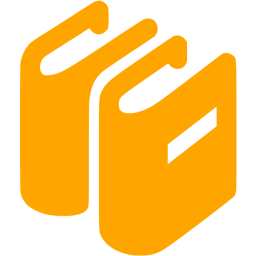 This book describes the interactions and lives of a family living in the latter part of the twentieth century and early beginnings of the twenty-first century America. The setting is within the eastern states of Ohio, West Virginia and North Carolina. It provides a true picture of various situations where love and forgiveness have been replaced with anger, resentfulness and hatred. In order to avoid embarrassment, the names of various family members have been changed.

Captain John A. Moktadier graduated and received his Bachelor's Degree from Embry-Riddle Aeronautical University in Daytona Beach, Florida. He has been flying for the past 35 years and currently holds both a Gold Seal Flight Instructor and Advanced Ground Instructor licenses from the FAA. Capt. Moktadier has four type ratings which include: Airbus 330, Airbus 320, Boeing 747 and Boeing 727. He has logged over 24,000 hours flight time with the majority of his hours in jet transport and wide body aircraft.

Get Your Free Publishing Guide Today